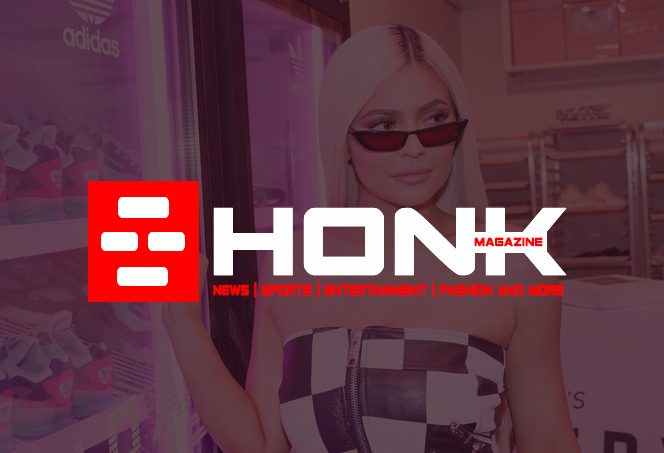 There are Thousands Entertainment Weekly Magazine which deal on the same niche and many have similar, almost identical content. This means that there are alot of competition for favourable ranking on Google search Engine as where are the other popular entertainment weekly magazine site. These are the sites that rank higher on Google.

List of popular Entertainment weekly Magazine in The World.

Billboard is an American entertainment media brand owned by the Billboard-Hollywood Reporter Media Group, a division of Eldridge Industries.

People is an American weekly magazine of celebrity and human-interest stories, published by Meredith Corporation. With a readership of 46.6 million adults, People has the largest audience of any American magazine.

Us Weekly is a weekly celebrity and entertainment magazine based in New York City. Us Weekly was founded in 1977 by The New York Times Company, who sold it in 1980. It was acquired by Wenner Media in 1986, and sold to American Media Inc. in 2017.

Rolling Stone is an American monthly magazine that focuses on popular culture. It was founded in San Francisco, California, in 1967 by Jann Wenner, who is still the magazine’s publisher, and the music critic Ralph J. Gleason.

The Hollywood Reporter is an American digital and print magazine, and website, which focuses on the Hollywood film, television, and entertainment industries. It was founded in 1930 as a daily trade paper, and in 2010 switched to a weekly large-format print magazine with a revamped website.

The New Yorker is an American magazine featuring journalism, commentary, criticism, essays, fiction, satire, cartoons, and poetry. Started as a weekly in 1925, the magazine is now published 47 times annually, with five of these issues covering two-week spans.

Variety is an American media company owned by Penske Media Corporation. It was founded by Sime Silverman in New York in 1905 as a weekly newspaper reporting on theater and vaudeville. In 1933 it added Daily Variety, based in Los Angeles, to cover the motion-picture industry.

Spin is an American music magazine founded in 1985 by publisher Bob Guccione, Jr. The magazine stopped running in print in 2012 and currently runs as a webzine, owned by the Billboard-Hollywood Reporter Media Group division of Valence Media.

Complex is an American New York-based media platform for youth culture which was founded as a bi-monthly magazine by fashion designer Marc Milecofsky. Complex reports on trends in style, pop culture, music, sports and sneakers with a focus on streetwear, sneaker culture, hip hop, and graphic art.

OK! is a British weekly magazine specialising mainly in royal and celebrity news, with lots of showbiz exclusives. Originally launched as a monthly, its first issue was published in April 1993. In September 2004, OK! launched in Australia as a monthly title – the magazine went weekly in October 2006.

Honk! is an American comics magazine published in the 1980s by Fantagraphics Books, featuring creator interviews, reviews, satirical articles, and original comic strips. Similar in format to Mad magazine, but with an alternative/underground twist, Honk! was edited by Tom Mason and then Joe Sacco.

In Touch Weekly is an American celebrity gossip magazine. The magazine is focused on celebrity news, fashion, beauty, relationships and lifestyle, and is geared towards a younger readership, billing …

TweetLinkedInPinShares3
Related Topics:
Up Next

Minnesota artist DRBRWL has caught our attention for a fresh new EP called Drbrwl. Of Liberian and Ghanaian descent, DRBRWL is currently working as a youth advocate with young people in Minnesota while consistently performing and working on his craft within the twin cities. His latest project Drbrwl contains a series of vivid instrumentals that feel versatile throughout, as well as poignant and expressive vocal performances from DRBRWL, Drbrwl is a solid new offering from this Midwest up-and-comer.

Drbrwl contains a number of potently psychedelic songs that showcase DRBRWL’s unique songwriting skills and sound. Opener “within” makes for a highlight with its expansive, engaging sonics and sharp vocal performance, and “innerstand” is an emotive cut that scores with its tightly-crafted production and infectious vocal melodies. “mpd” contains a space-age soundscape and warbling, sonically rich vocals.

A solid project from DRBRWL overall, Drbrwl has us excited for what may be coming next from him.

Returning with four new tracks on the deluxe edition of “Project Mayhem”, a dark and enigmatic release from early 2022, there is a slightly different side to Jxylen being shown. While the original release retold stories and perspectives from Jxylen’s past up till now, the four latest tracks are an update on the latest feelings and realizations he’s gone through.

“God Bless America” for example is a caustically written critique of American values, and an ironic spin on what makes America “America.” It’s a track filled with blistering statements and an indignantly painful tone. Jxylen lets his weakness against an unchanging power shine through with his angry and spastic delivery. Lines like “God bless America, most living just to die” and “this weights been very heavy” add to the overall hopelessness and nihilism of the track.

“Still Tired” and “SKT 3” serve as the most violent and violent angry tracks on the tape. While “SKT 3” plays deep into a Mobb Deep esque New York violence, filled with wordplay about gunshots and various ways to get rich, “Still Tired” is a deeper, more complex and ambiguous violence. It’s easy to tell that Jxylen is burning in quiet fury from anger he cannot remove from his soul. There is no content, and from this realization comes further anger at the world. He “hides [his] feelings” when boils into even more violence.

“Alive!” is easily the most interesting track of the tape. It’s a soulful and bold song filled with odd and almost childlike delivery on the chorus. While the lyrics touch less surface level than the other tracks, it’s not meant to be much more than a braggadocious rap that portrays Jxylen’s ego as larger than ever within the pits of his anger. Jxylen flows fluidly as the beat switch’s and he comes to grips with “artists dickriding… eternal hate… and creating something timeless.” It’s a second verse filled with substance crammed into barely 40 seconds on the ending of the track that very well captures the sentiment of Jxylen’s very artistic being, and shows his best strengths in writing and delivery.