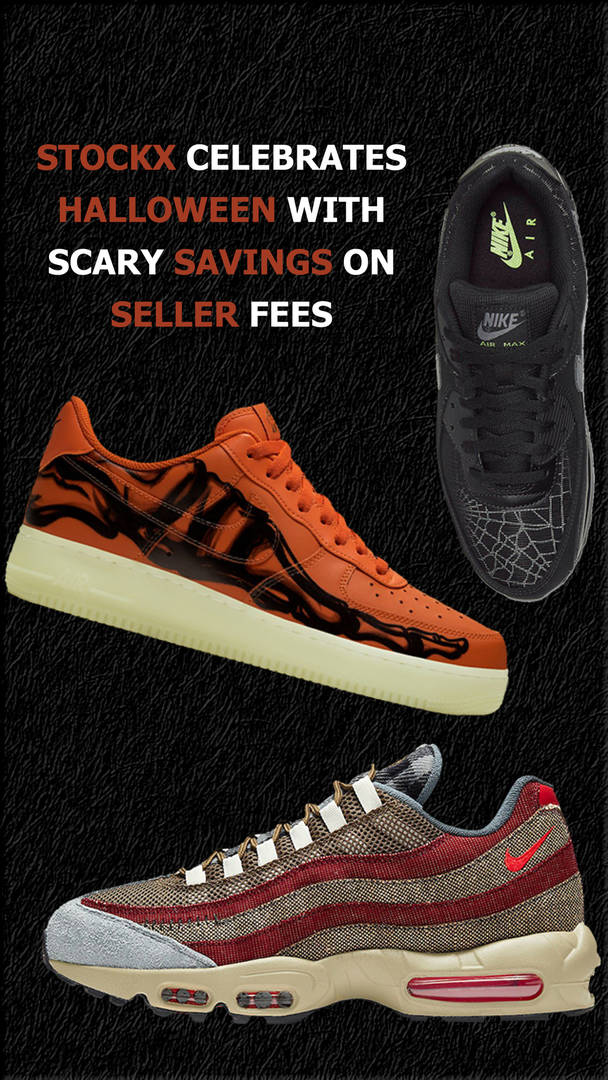 If you’re a sneakerhead, you already know all about StockX. The sneaker marketplace has become a premier destination for all things sneakers, regardless of whether you’re looking to buy or sell.

Generally, StockX gives you the opportunity to secure pairs of rare grails ahead of time and, if you lucked out on the general release, you can always cop on the after-market.

While Halloween may be different than any other year, with a lack of trick-or-treating and parties happening because of the pandemic, StockX wants to make sure you’re still laced in the kicks that you actually want, offering some scary savings to help both buyers and sellers save some money.

From October 30 at 12 PM EST until October 31 at 12 PM EST, StockX will be taking 31% off on seller fees. That’s a huge win for anyone looking to offload a pair of kicks you’ve never worn, or for anybody looking to buy as well.

See also  Tyler, the Creator Reveals ‘Call Me If You Get Lost’ Tracklist

In the past, whenever there’s a reduction in seller fees, buying prices will also dip down, creating a win-win scenario for the entire sneakerhead community. There will be some incredible deals on pairs like the Off-White x Air Jordan 5 “Sail”, which recently went live on the platform.

You won’t want to miss this promotion. Since it’s only happening for twenty-four hours, you’ll want to keep your head on a swivel so you don’t skip out on any good deals.

Personally, I’ll be stalking the page for the Air Jordan 5 “Bel Air”… What are you going for? 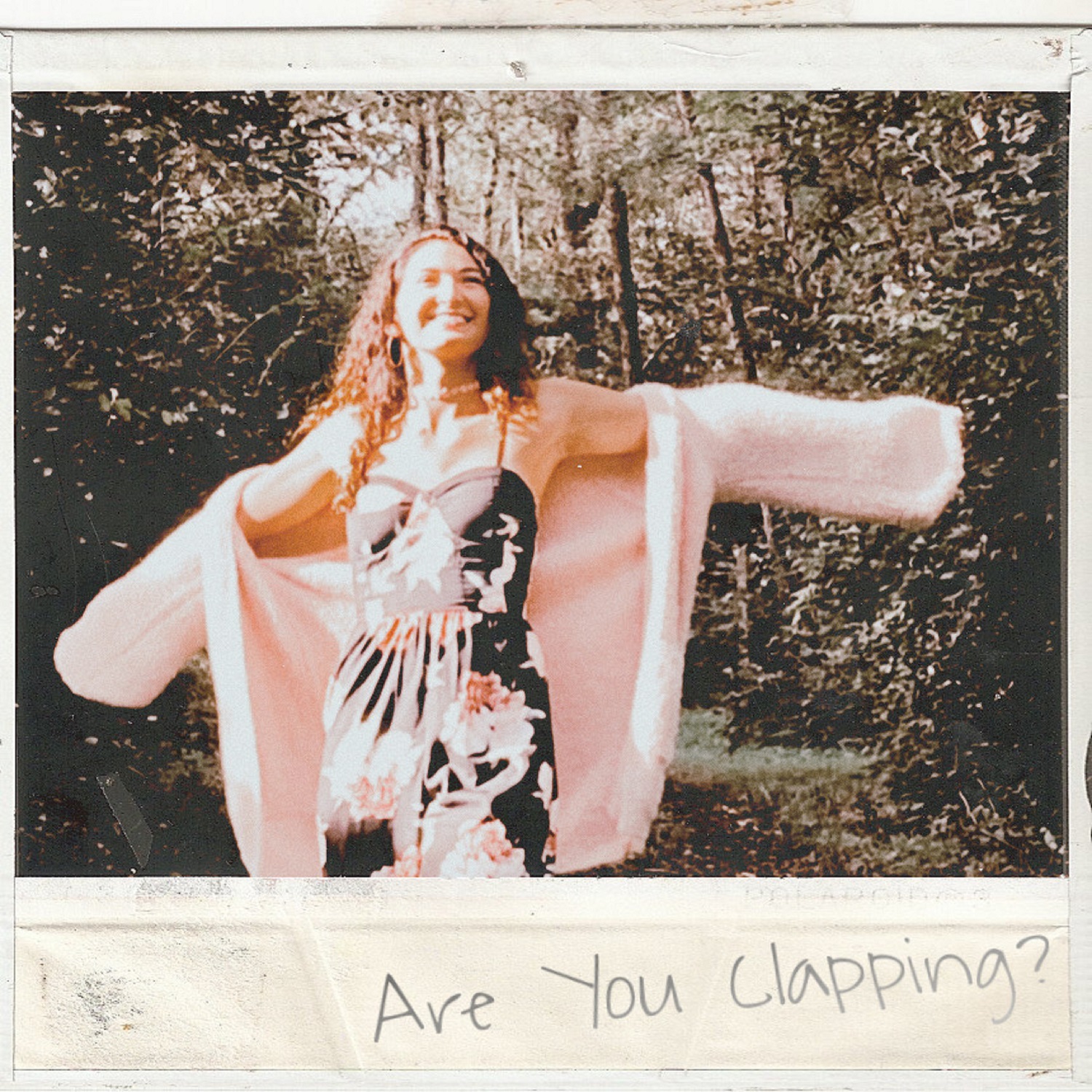 The singer-songwriter, actress and performer will release the electro-pop single “Are You Clapping?” just in time for New Year’s playlists.

With an affinity for music from a very young age, Taydem Shoesmith has been exploring songwriting for quite some time. Having multiple IMDB acting and composing credits to her name, Taydem is now diving into the pop music market with her debut single, “Are You Clapping?” The electro-pop/dance anthem, written by Shoesmith, comes from a very personal place; one she hopes will connect with listeners:

‘I think this is my first song that was written out of anger,” Taydem recalls. “I remember writing in my lyric book about how frustrated I was with the people around me and society in general. We think we have to act like the perfect person when we talk to people or go on dates. We’re kind of setting ourselves up for failure because we’re acting like someone we think they want to be with. I mean, it makes sense because in the past, relationships weren’t about love or connections. They were basically just business deals. I guess I just got to the point of wondering why I was doing this. Why were people telling me to talk more, smile more, flirt better, don’t be boring, etc, so often, when it came to relationships. Because not only was it exhausting to keep that facade up, I was also disappointed in myself for basically faking who I was, just to catch some guy’s attention. So through this song, I’m saying that I’m done putting up a show.   Having confidence in the choices we make is very important, no matter if it’s in relationships, jobs, or life in general. And that is the message I hope people will take away from this song.”

From singer-songwriter to pop and alternative, Taydem’s music is a unique amalgamation of different genres and influences. Her musical inspirations include Michael Jackson, Rascal Flatts, Billie Holiday, Sabrina Carpenter, Camila Cabello and more. Her acting debut was in 2020, when she was cast for a role in the short film “In the Dark.” She has been cast as the lead in multiple films, and has created music for films as well; one of those being a theme song for a short series, “Blood Sisters.”

More details about Taydem Shoesmith can be seen at http://www.instagram.com/tshoe23.

Relationships are sometimes distractions, and they take us on a path that is not ours to take, and we lose focus of what our true desires are.”

With her single, “Crush On You,” former pro basketball player-turned-R&B Singer-songwriter Jen Ash exploded onto the international music landscape. The single leaped into the UK iTunes R&B Songs Top 5, while gaining 29K Spotify streams. All totaled, the Lebanon-born, France-raised artist has over 5K monthly Spotify listeners and over 100K plays on the platform.

Now, Jen Ash is releasing her most personal track to date. “No Lover Lover” is a cathartic song for Jen, tackling an issue that is sure to hit home with many.

“I’ve experienced a very toxic relationship, and I did not realize it,” she said. The wake-up call was when he did not show up at my first show, nor was he supportive of my art, being jealous of my creativity and not being enthusiastic about my success. He was trying to discourage me every step of the way. I let him go and honestly… I felt miserable. I really thought I couldn’t live without him, but I discovered that it was actually quite the opposite. The doors started to open for me as soon as he was gone. Relationships are sometimes distractions, and they take us on a path that is not ours to take, and we lose focus of what our true desires are.”

She further added, “Breakups end up being blessings most of the time. ‘No Lover Lover’ is about me feeling like a weight has been lifted. [I am] feeling finally free, finding myself being totally fine on my own.”

More info about Jen Ash can be seen at http://www.jenashmusic.com.