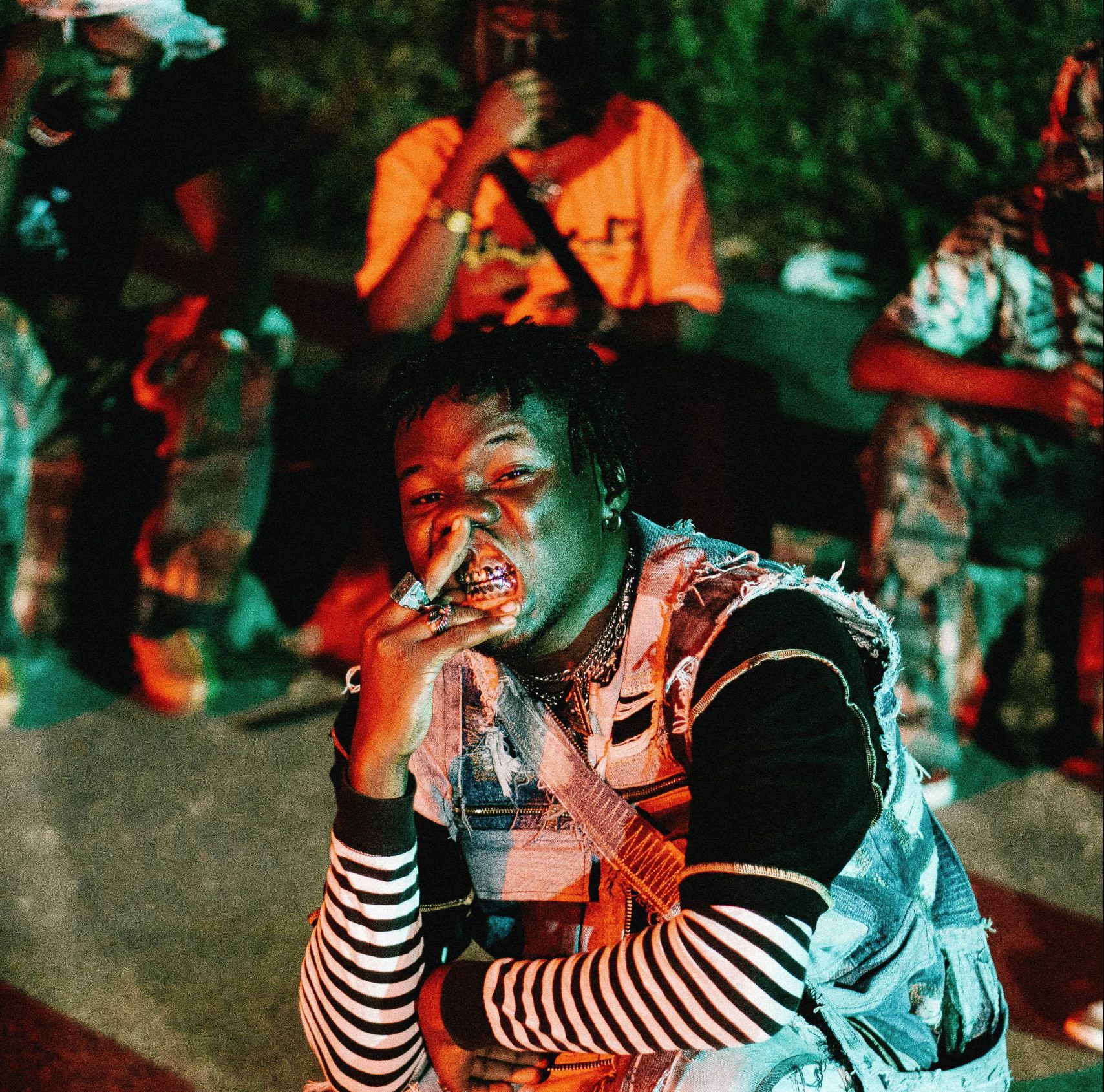 Creative Collective Thirsty Worldwide announces the release of a brand new joint titled “No Too Much,” as well as the album Thirsty Tape Vol. 1. The talented trio is reserving this special opportunity to give insight into their music world.

“No Too Much” is truly a track to set on repeat. Tell us more about the creative process that led to it?

STRAFFITTI: No Too Much was the last track recorded for the project at the Thirsty camp, it was one of the most collaborative tracks involving all members directly or indirectly, down to writing, producing, shooting, editing, mixing, every single member had an input to this.

JAIYE: In all honesty. The process wasn’t outside the everyday process we follow as artists. But I’ll say the song was something we were conscious about while recording because it definitely adjusted into a smash hit as we kept building up the song.

KXNGWUAP: No too much was a vibe made in the thirsty camp, it was a collaborative effort with the producers to make the sound the thrillest.

How does a typical production day go for you guys?

STRAFFITTI: Wake up, beats are already banging out different speakers, everyone’s writing…first to finish his verse gets on the mic, anyone with the catchiest hook goes in, develops more ideas around the laid vibes, songs complete! Move into other creative design spaces, bring more light to it.

KXNGWUAP:  It’s always a productive day around Straffitti and Jaiye. We put a lot of time and work into shaping our sounds. It’s all vibes and positive vibrations.

Who would you like to collaborate with on your upcoming songs?

JAIYE: Don’t really have my sights on any features but I mean. Who wouldn’t want a Drake feature. Or a Davido feature.

KXNGWUAP: I definitely want to make sounds with the biggest Artists in Nigeria Wizkid, Burnaboy and Davido. Foreign collaborations with artists like Travis Scott, Don Toliver and A boogie wit da hoodie.

How would you best classify your genre?

STRAFFITTI: We make totally anything & everything, it’s a whole vibe here at thirsty as we would never be bounded by a genre, but keep ties with our Hip-Hop/Rap/Trap background.

JAIYE: Well I’ll say I’m one of the earliest pioneers of the Drill sound in Nigeria. Largely I tend to make more drill music but you can say I’m Hip-Hop regardless

KXNGWUAP: We feel comfortable in different genres. I’m more of a hip/hop and rap type guy while Jaiye is one of the first pioneers in drill music in Nigeria. Straffiti is versatile with his art/music, he always has a vibe for a beat.

How did this trio musical relationship happen?

STRAFFITTI: It’s more than a trio, there are more members out there than we know ourselves, We still hunting down Thirsty humans round the universe, this is just the main family including producers that birth the sound as well (gcl3f, hotboii, jxses, retrro5)

JAIYE: Man, I’ve been around Kxng and Straffitti and the whole gang since the inception of Thirsyworldwide. We were college boys with a common set left goal. Which is to never let the thirst die.

Do you guys run into any creative differences? If so, how do you manage?

STRAFFITTI: Sometimes, but being the Thirsty Humans we are, there’s always a similar and directed vision.

JAIYE: Not really, we never have any creative differences. And if it does happen. We talk it out to achieve whatever it is we hope to by incorporating everyone’s 2 cents.

KXNGWUAP: Our musical relationship is solid because of our common similarities and goals. We stay motivated and keep the thirst alive.

Are there any upcoming tracks to look out for?

STRAFFITTI: A lot, stay tuned with the gang! Follow us @thirstyworldwide

JAIYE: A ton of tracks. Any song out of the ThirstyWorldWide staple is worth being hyped over. But for me I’ll say personally you should look out for Questions. That’s off our coming tape.

KXNGWUAP: Yeah I personally got a lot of unreleased tracks but I’m really looking forward to a thirsty sonics release; A better place featuring Straffitti.

Premiere: “Stay” Is A Fantastic Love Song With A Wonderful Tune From StevenCharles [Official Music Video]