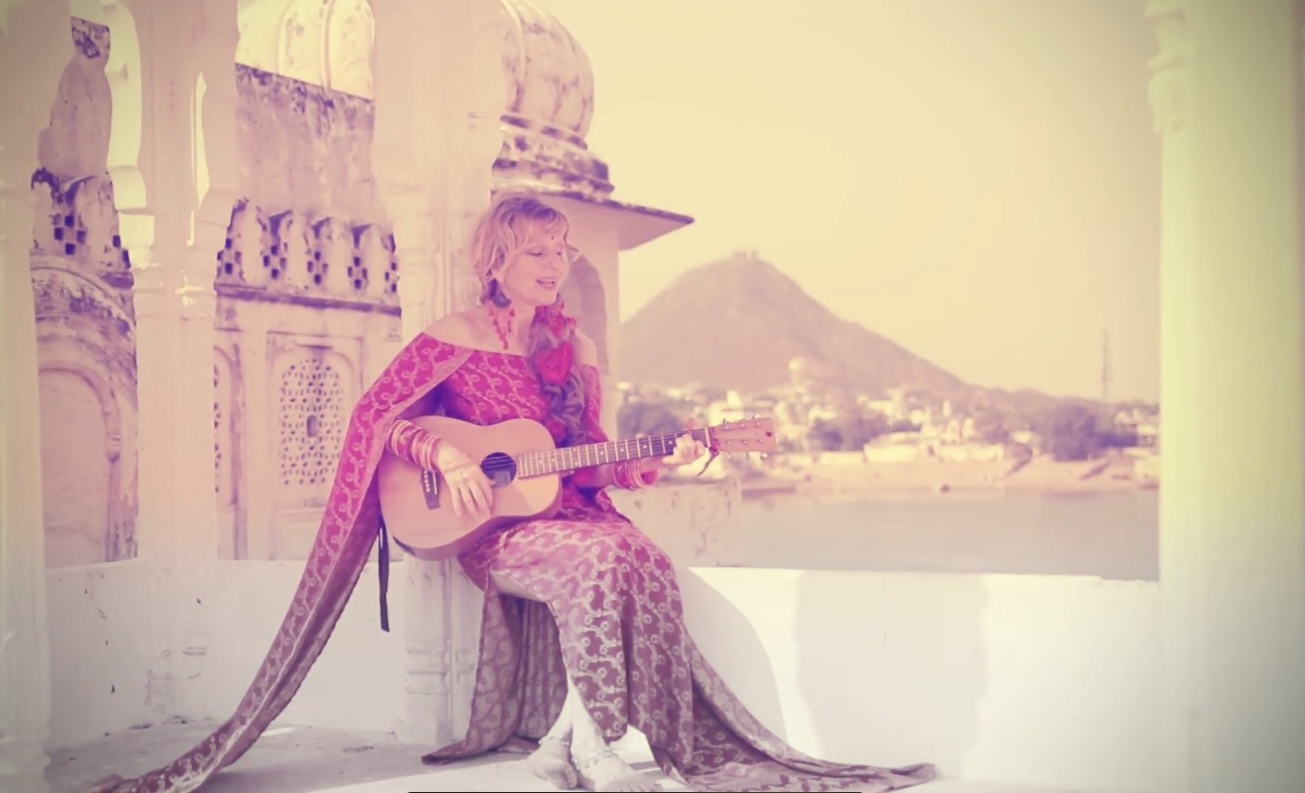 Ananda Xenia Shakti is a prolific singer, musician and songwriter with national and international acclaim. With more than 120K Spotify streams and 45K Youtube views under her belt, Ananda has released the music video for her #3 UK iTunes charting single, “No More Limits.” The innovative music video has been designed as a healing experience for the viewers. The song’s unique message, paired with visual artistry of the music video, aims to take the audience on a unique journey towards exploring new horizons. Having first perceived the song during a spiritual trip to Machu Picchu 15 years ago, Ananda has finally unveiled the video that further extends the song’s spiritual message.

Ananda says, “I wanted to create a Galactic/Interdimensional, timeless vibe in the video, so we shot it at a very special ‘art park’ in Toronto that has pieces of old buildings and lots of nature and open sky, to create a timelessness. We added a powerful energetic healing technique throughout the video called ‘Light Weaving” so that by watching the video and hearing the music the viewer will feel inspired beyond their perceived limitations. and perhaps even experience a transcendental state of personal healing and evolution.”

Watch “No More Limits” at https://youtu.be/mb3IwYwq7GU

As a founding member of infamous girl-punk band, B Girls, Ananda Xenia Shakti toured the world, opening for legendary punk rock band, The Clash.  She’s also sang back-up on some of Blondie’s biggest hits, on the album, “Autoamerican.” On her own, and with Love Power The Band, Ananda has amassed more than 120K Spotify streams for her signature blend of meditation, relaxation, world, dance and pop music. Her singles, “Cosmic Quiver” and “I Am Love” both reached the UK iTunes Top 3, and her music videos have been watched more than 45K times on Youtube.

Ananda Xenia Shakti & Love PowerThe Band creates “Music for Body and Soul, Vibrational Healing and Celebrating the Festival of Life.”   As an inter-dimensional intuitive artist, Ananda receives the songs of Love Power the Band while in a semi trance state, acting as a conduit for “Higher Realm Wisdom.”  She says, “The songs focus on offering blessings and inspiration to the listeners, while celebrating the innate Divinity that lives within every Soul. Love Power the Band’s music asks you to sing, dance and be ready to hear cosmic truth spoken in straight talk.”

More details about Ananda Xenia Shakti and her latest music video can be seen at http://www.onlyloveisreal.love

How a Christmas Song Almost Broke Up Award-Winning Band