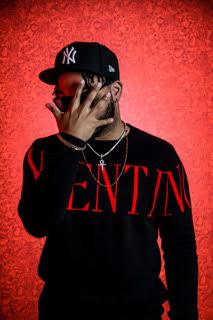 Hello Jarred Brown, Thanks for Coming To Honk Magazine To Talk About Your Music Career.

Let’s start off by introducing yourself, you know the basics like name, age, where you’re from. As much or little as you’re comfortable sharing.

I’m Jarred Brown AKA Horizon Wake an RnB/Pop artist currently based out of London, Ontario. I found my introduction into music as a child in Toronto, Canada where I taught myself to play guitar and started singing for my rock band when nobody else wanted to do it.

My creative process is in large part a collaborative effort with my long time friend and producer Jesgee Beats. Typically I’ll start off with an idea that’s usually inspired by some kind of life event, a memory, or sometimes even a dream.

I’ll take that and it usually comes along with a melody and basic lyrics that most of the time end up becoming the foundation for the hook section. Lately I’ve been recording vocals, guitar, bass, or a combination of the three and sending/taking them over to Jesgee where we work together to transform it into what you hear in my releases. The pandemic played a big role in shaping our current process and actually strengthened our ability to work together. We began working online during quarantine and at some points I was even recording demos from my car before I was able to get my home studio up and running. We still continue to start most of our work through discord.

Productivity and scheduling typically isn’t a huge issue for me at this stage but I do find that when situations begin to get a little overwhelming or there is a lack of productivity being direct is a huge help. This industry is collaborative by nature. I’m responsible for the music while someone else takes care of videos or mixing, or whatever else needs to be done to take the music where it needs to go. I learned over time that being direct, keeping open communication, and taking charge of the scheduling or whatever other issue is the key. Set deadlines and communicate them firmly.

I’ve received a lot of good advice over the years and I think the best advice given to me regarding music creation is to not get comfortable and don’t let genre box you in. I find that a lot of new artists will approach writing/producing new music in a way that is almost like a cookie cutter style where they take something that someone else in the genre has done well and replicate it over and over.

Sometimes artists feel like they can’t write a certain lyric or use a certain instrument or melody because it doesn’t sound RnB or Hip Hop. This kind of thinking crushes creativity. Artists should keep experimenting and evolving. Otherwise how do we grow and improve?

For me I’d say my biggest challenge is knowing when a song is complete. I can sometimes be a bit of a perfectionist or judge myself a bit too harshly before releasing a project. It’s really easy to overthink or keep making tweaks to your songs past the point where you should. Knowing when to take time away really helps and getting a second opinion from people you trust to give honest feedback goes a long way.

Don’t rely on the wrong people. If I could go back to the day I started I’d push myself to record everything as often as possible and to make connections with people that are just as passionate as I am. Starting out I formed a lot of relationships with people who just weren’t in music for the long-term. So many people have so much potential but lose the drive to keep pushing. I don’t think I can ever stop making music. For some of us it is a part of who we are. Find those people and push forward together or learn how to do as much as you can for yourself so you aren’t slowed down by others.

There are so many amazing artists that I would love to perform with or open up for. To be honest I’m a huge fan of Post Malone. I’m incorporating more guitar in my music and performances. I think we could rock out together.

Right now I’m focussing my time on developing my new sound and releasing an EP. I’ve had a shift where I’m blending my RnB sound with more pop and rock elements to better suit my musical background. I plan on having the EP for release in November and it’ll be much more pop influenced than what I’ve released previously.

How do you currently feel about the state of Hip-hop in general?

I think hip-hop is in a really cool spot. Over the past few years it’s really grown and become integrated deeply into the mainstream. Most modern pop music has more than a few hip-hop elements where there never would have been before.

Growing up I remember my mom throwing out my Eminem CDs and not understanding rap music as art. Now she listens to a lot of the same things that I do. I think now more than ever we have the ability to experiment with our production in the hip-hop space. We’re blurring the lines between genres. I think its awesome.

When things get tough in the industry there are 2 things that usually keep me going. I love when other artists or fans reach out on social media to let me know how much they vibe with my work. It helps to keep me pushing on and often times can even shift my mood to increase in productivity. I also really enjoy having conversations with them and hearing the music they make or connecting with them in general.

So I really encourage my fans to feel comfortable sending DMs on instagram or TikTok so we can connect. I can’t always respond to everyone right away but I try to do as much as I can. Secondly, I take a break from whatever is stressing me out for a while. It’s so easy to get caught up in all the responsibilities and forget why you make music in the first place. I won’t ever stop creating because it’s an outlet for me. When the stresses become too much I take a step back and just create for the love of creating. It’s important to take breaks and give yourself some breathing room to keep it fun.

Follow me on TikTok, Instagram, and YouTube @HorizonWake. My music is available on all major platforms so head over to wherever you get your music from and search Horizon Wake.

Forsaken delivers a vibrant new EP, “For The Hell Of It”

Orlando, Florida-based rapper Forsaken, aka Donnie Sproat, has recently shared a new EP, For The Hell Of It, with various themes featuring Gawdzy, available to stream everywhere. The track follows the previously released “No Time” and “Air It Out.”

The emerging singer and songwriter Forsaken delivers a wonder EP titled For The Hell Of It, a 6-track body of work. His newest release, “For The Hell Of It,” is themed around living in the moment and making the best of every situation. Forsaken found passion in making music as a creative outlet to express his emotions and lifestyle that are responsible for who he is today. With his impressive vocals and a sharp ear for sonics, Forsaken has proven he is ready for the mainstream. So, stream the EP below and vibe out!

Stream Forsaken’s For The Hell Of It on Spotify. 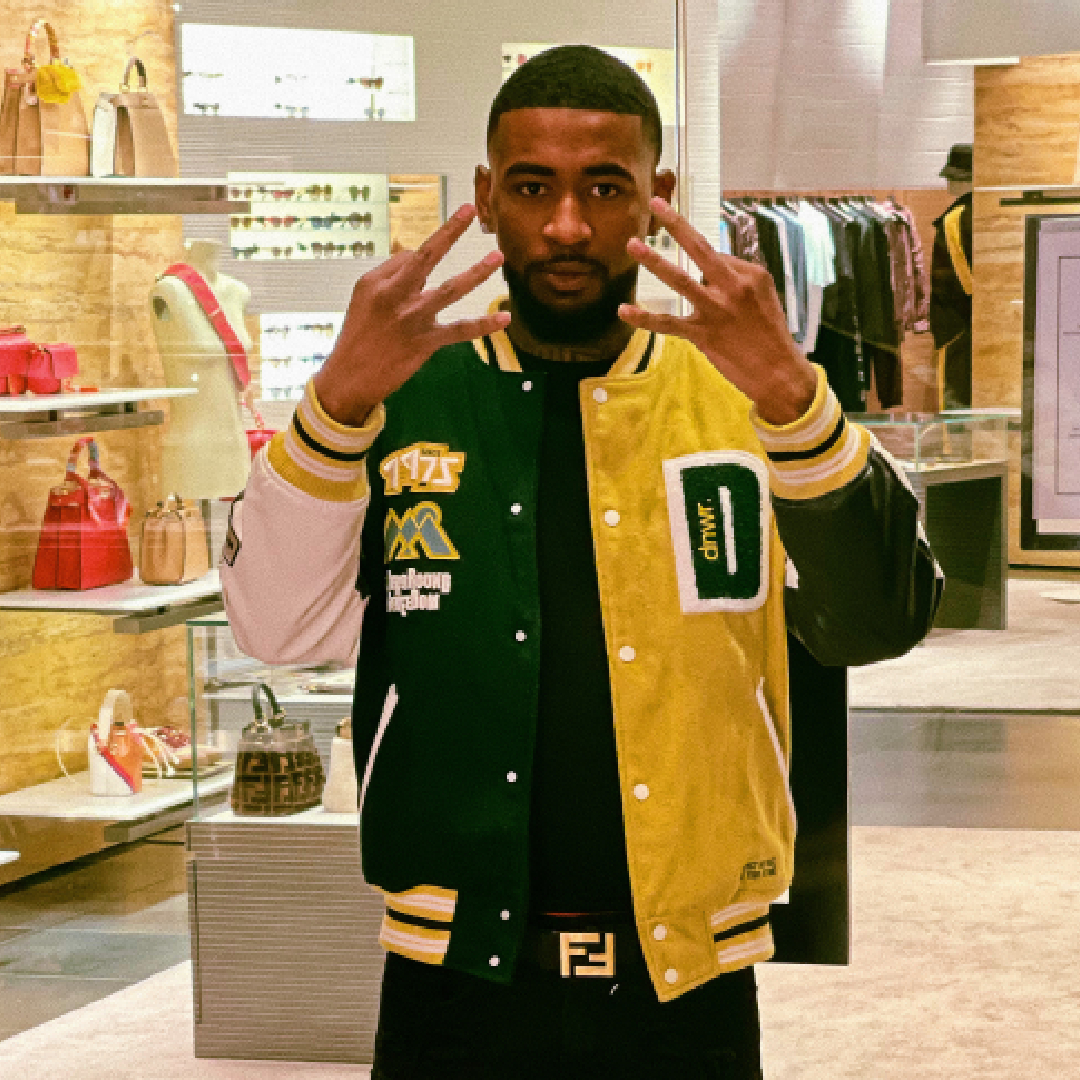 To stand out in music, especially a genre like Hip Hop, an artist has to have a presence not only the presence but commanding energy to them that makes you invest in their artistry, which they present for us to buy into. That separates an artist who you only give one listen to and who you start to keep up with. ArjayOnTheBeat brings that confident swagger to his approach that makes you want to stay connected, as he has been unfailing when connecting with his audience and executing vibrant and unique records from a career standpoint.

Arjayonthebeat discussed with us and answered our uncommon 11 Questions. Check it out below.

HONK: Let’s start by introducing ourselves. You know the basics, like name, age, and where you’re from, as much or little as you’re comfortable sharing.

HONK: What’s the best advice you ever received concerning music?

ArjayOnTheBeat: The best advice I’ve ever received concerning music was about mixing. I was honored to have had a one-on-one session with a Grammy-awarded engineer, Leslie Brathwaite, who engineered Pharrell’s “Happy,” which headlined Despicable Me 2. He listened to my beats and told me, “everything was great, but one thing, your mixing.” He then said when it comes to mixing your beats, nothing should be panned to the center but vocals”. In other words, every sound in your beat should be panned between the left and right, never down the middle.

The best advice of my life…

HONK: What would you have done differently if you knew then what you know now?

ArjayOnTheBeat: One thing I would have done differently is take more of the presented opportunities rather than rejecting them due to being overly cautious.

HONK: What is still your biggest challenge?

ArjayOnTheBeat: My biggest challenge is finding an artist with the potential/ talent to take them to the top and team up. Until then, the search continues. Most artists don’t take it as seriously as I do. I instead get plaques/awards with one artist repeatedly than try to get one plaque out of multiple artists… if that makes sense.

HONK: What keeps you going when things get tough in the music industry?

ArjayOnTheBeat: My daughters (Indiyah & Xia) and my family are the ones I need to be successful. My goal is to leave generational wealth /money behind for them.

HONK: If you could open a show for any artist, who would it be?

HONK: Could you talk me through your creative process?

ArjayOnTheBeat: When it comes to my productions, I never force them. I only make beats when I feel like it, so I don’t burn out my creative juices.

If I’m not working, I typically listen to various genres to get ideas on enhancing my sound daily. Every genre has something you can learn from…

HONK: How do you solve productivity/scheduling problems and reduce overwhelming situations?

ArjayOnTheBeat: I always try to keep the customer/ clients happy, mistakes can occur, so I’ll always offer something in exchange for the mishap to reach a positive conclusion.

HONK: What are you focusing your time on now?

ArjayOnTheBeat: I’m focusing my time on executive producing more projects rather than singles & building my artist (once they’ve been found).

HONK: How do you currently feel about the state of “Your genre” in general?

ArjayOnTheBeat: We need more substance in the hip-hop community and a different topic to rap about rather than hoes, guns, apps & negativity. I feel it’s time to switch it up, or else we won’t get as successful as other genres like folk rock & country music.