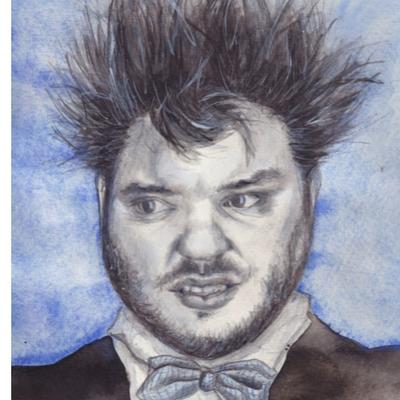 Svavar Knutur is an artist based in Reykjavík, Iceland. He is a Singer-Songwriter and has released a new single from his upcoming album, Ahoy! Side B, named “November”.

The song goes live on all streaming platforms on November 19. In perfect accordance with Svavar Knútur’s style, the song is a genre-bending trip from a melancholic melding of guitar, string trio and the Icelandic troubadour’s cloud covered driftwood voice to a stormy frolicking autumn wind ending.

A love song to a month much-maligned, “November” conjures a portrait of a dark and melancholic but also stormy and transformative month. The longing for summers past, but also the inescapable trajectory into the strange beauty of midwinter, ending with the embracing of the turning wheel of time.

Svavar Knútur is currently finishing the recording of Ahoy! Side B, thereby completing a double album project called Ahoy! that started in 2017 with Ahoy! Side A. The album is a journey of gratitude and exploration, the discovery of new perspectives and hidden truths.

Extensive touring is planned for 2022 and 2023. But in these covid times, the Icelandic word for “plan” might be more useful. The word is “Áætlun” which means roughly: Intention.

Svavar Knútur was a participant in the international music initiative Global Music Match in 2020, where he collaborated with some awesome international artists such as Lucy Ward (UK), Adyn Townes (Canada), Breabach (UK), and Fanny Lumsden (Australia).

He regularly tours both Europe and North America, and plans are now being laid for his third Australian tour. It feels weird for an obscure DIY artist from a desolate rock in the middle of the North Atlantic to send a press release about a new song, as if it were a world event that carried any significance in the greater scheme of things. But we have been assured by wiser people than ourselves that this is the way. But, If this song can help even one human being listening to it to embrace the hidden beauty of “November”, then the world will be a better place.

Ladies And Gentlemen: This Is Top Ninja

Michael Odu is the founder of Goshenvilla Limited and official Interviewer of Honk Magazine. He shares stories of inspiring entrepreneurs from all around the world and tips to create a better life & business.