After months of leaks and delays, Playboi Carti FINALLY dropped his long-awaited “Whole Lotta Red” album that he celebrated in a red-tinted listening party while his fed up baby mama Iggy Azalea aired him out on Christmas Eve AND Christmas.

Based on these pics, we don’t think Playboi knew Iggy was dragging him for allegedly skipping out on Christmas with their 9-month-old son Onyx. At one point, he looks blissful while cackling it up with Lil Yachty.

Oh, but Iggy wasn’t done and alleged Playboi was celebrating with his side chick (who isn’t pictured in these photos)–a woman Iggy alleges he had sex with while she was pregnant and “hid in a closet” to avoid getting caught.

She also claimed Playboi told her that he wanted to take her and their son on a family vacation but canceled.

“Imagine not flying out your family on Christmas but you have the girl you cheated on my entire pregnancy at your album party and magically me and my son can’t come for Christmas any more? TRASH.”

“This man had a whole family vacation to planned 48hrs ago & I hope this message gets to you girl. Although you hid in a whole closet from my house keeper so it’s not like you have any dignity I guess.

To clarify this man was literally at my house last night telling me he loves me. So this is very much NOT me being bitter, it’s me not ducking with trifling a** s*** that happens at the expense of my son.

Everything not for the net, but at a certain point when someone just taking advantage like CRAZY airing it out is all you can do. Night.”

According to her, he skipped the birth of their son to (allegedly) play Playstation 5 with fellow rapper Lil Uzi Vert in Philly. She also said Playboi has yet to sign their son’s birth certificate.

“This man was in Philly playing PS5 mid pandemic the day my son was born even tho it was a scheduled c section. I had Onyx alone completely cause he was my only visitor approved with Covid. We lived together at that time.

“And even tho onyx was a PLANNED baby, that we both wanted,” she said. “On some weirdo s***, he has still refused to sign his birth certificate. He’s 9months old. Won’t even give his son he claims to care so much about his own last name.”

TweetLinkedInPinShares
See also  Pharrell on Snitching: ‘I’m not built for the jail life’
Related Topics:
Up Next

Lil Wayne’s Sentencing in Gun Case Pushed Back to March 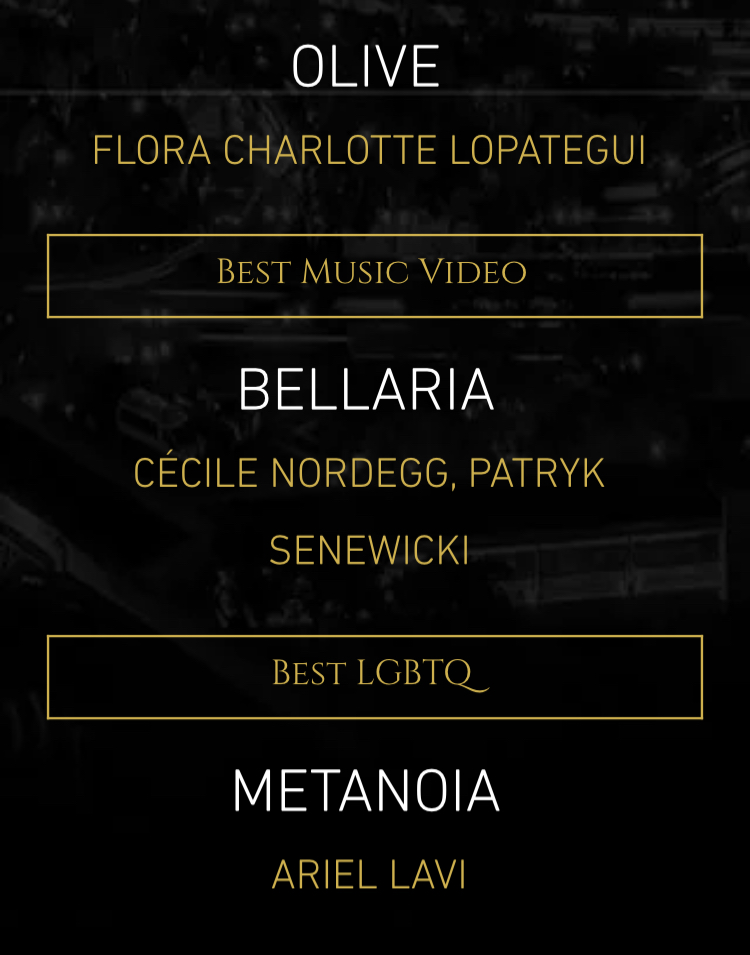 The Sci Fi and LGBTQ short film Metanoia that was produced in Mexico continues to succeed all over the world. Now, it’s won Best LGBTQ Award of Excellence and Best Drama Award of Prestige in the Vegas Movie Awards.

Guy Nattiv, William Baldwin, Tom Hanks, Ron Perlman, Adam Levine, Olivia Colman, Vinnie Jones, Marisa Tomei, Malcolm McDowell, Eric Roberts, Will Ferrell: This is a part from a prestigious list of winners and participants that won or participated at this festival, in many categories. Now, it’s the international film producer Ariel Lavi, the famous actress Jessica Decote, the promising actress Laura Di Luca, the talented actor Carlos Hendrick Huber, the promising screenwriter David Alejandro Gigena Kazimierczak , the great director Moran Avni and the entire top level Metanoia team who joining this list. This film won 2 awards at this festival- Best LGBTQ Award of Excellence and Best Drama Award of Prestige. The second award was granted by the judges, while it wasn’t submitted to this category. This fact proves how high level this film is. It was nominated and qualified to the semifinals for Best of the Month and was nominated in Best Short Film in conclusion: 2 wins and 2 nominations at this festival.

Metanoia already won film festivals in Los Angeles and London and currently, was nominated in a festival in Toronto for 2 awards, and this film was nominated in Los Angeles and London, too. 4 wins and 6 nominations all over the world. This film was distributed to streaming platforms in China like IQiyi- Netflix Of China, Bilibili. This film is successful because of the quality of the film. The story is deep and exciting. We congratulate Metanoia for the win and wait to see the next win.

A Holy Warrior Releases a Healing Album and Single 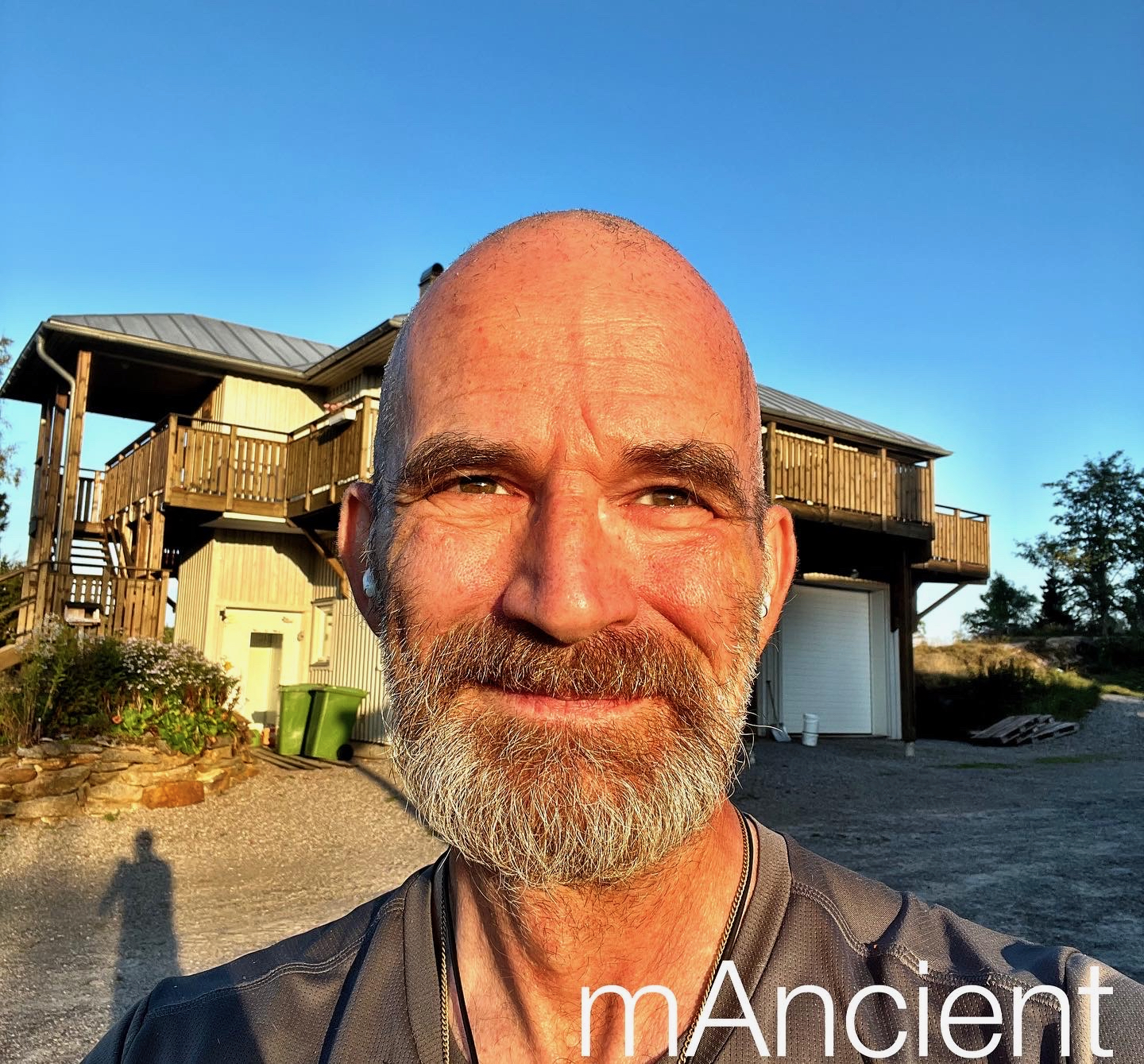 An author, healer, multi-instrumentalist, singer, social worker, world traveler, leader of high-IQ Poetic Genius Society, Scottish Lord, a self-defense specialist and a monk – to name only a few of his accomplishments – mAncient is back with a new album entitled “Holy Warriors” as well as a brand new, hot-out-of-the-oven collaborative single “Chakra 10 (Let’s Pray)” that features his label mate Tom Tikka. Both releases are out on MBTM Records.

This is an album that serves only one main purpose: to heal the listener. Says mAncient:

Nature is my healer. Some tracks on “Holy Warriors” feature the symphony of birds recorded live. Chakra 8 features a live recording of bees as well. And if you notice the howl of a wolf … that’s my dog, Trollheads Nessi, who has a strong wolf-vibe to her howl. My goal is to give healing to the listener. Frequent listening may come with some side effects: increased concentration, happiness, and moments of bliss.

Just as his attitude towards making music suggests, mAncient is on a mission to make planet earth a better place, and he has been quite successful at it, too. In addition to being included in the World Book of Peace, he is using his global network of 200.000 or so like-minded followers to bring about positive change wherever there is a need. And believe it or not, somewhere on the way, he has also founded both the Earth House Church and the Earth House Charity – a driven individual by anyone’s standards.

In 2021, mAncient’s music passed the 6-million mark in streams. It’s quite a feat in this day and age. But don’t take that as a quality guarantee. Have a listen yourself. Close your eyes, let the music speak to you and let it embrace you and let it heal you. Our guess is that just like so many before you, you will also find yourself pressing play again and again … and again.