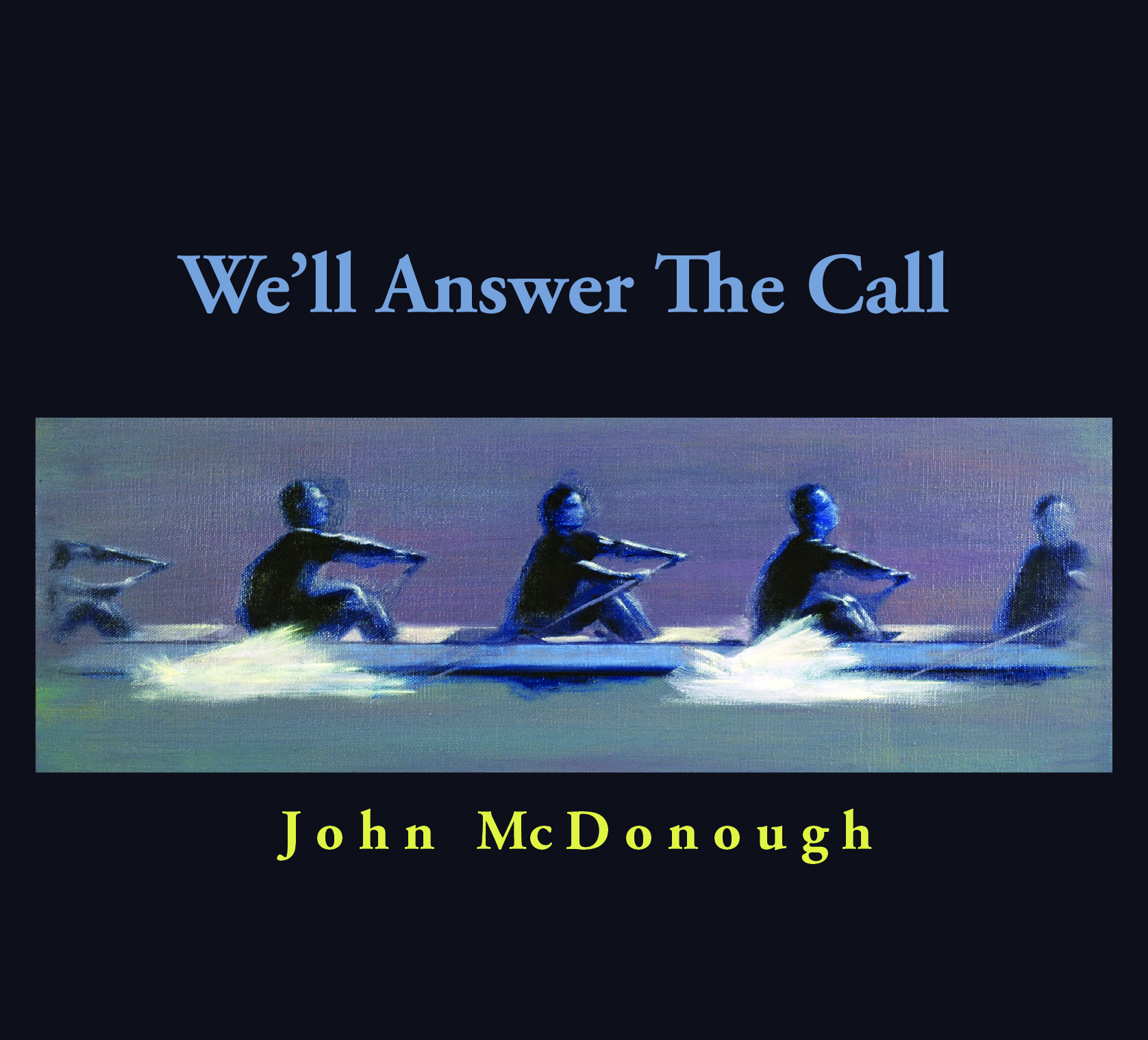 John McDonough’s new concept EP, ‘We’ll Answer The Call,’ tells the story of Joe Rantz, the Washington Husky rowing team, and their epic bid to win the Gold in the 1936 Berlin Olympic Games.

Ever hear of Joe Rantz? His remarkable story has inspired a book, a movie to be directed by George Clooney, and now a riveting concept EP by John McDonough. Joe Rantz was part of the 1936 University of Washington eight-oared crew team who won the Olympic Gold Medal. The EP will be released on June 17, 2022.

Through 5 songs, ‘We’ll Answer The Call”, tells a tale of survival and self-determination. When Rantz was just four years old, he lost his mother to throat cancer. Later as a young teen, due to growing tension with his step-mother, Rantz lived alone in a half-finished cabin in the woods all the while attending school.

I am so obsessed with this story I flew to Seattle to see the Husky Clipper. The Husky Clipper is the original and restored eight man boat that was used to win gold in Berlin, and is now hanging in the University of Washington boathouse. It’s a beautiful boat and a true piece of art. It was a very moving experience for me to see it, and the last song on the EP is sung from the point of view of this boat.” – John McDonough

John McDonough is a singer/songwriter from Chicago, Illinois whose shows span six decades of hits combined with unique and moving originals. John’s acoustic guitar work, passionate vocals, and personal lyrics result in a modern singer/songwriter sound rarely heard. Before relocating to Chicago in 2020, John had spent 25 years performing in and around Austin, TX. He played to the rowdy crowds of 6th street, the dinner crowds of the suburbs, and everything in-between. Ten years ago John retired from psychotherapy to focus solely on music, and in that time has released five CD’s of original music, played over 500 gigs, performed in eleven major music festivals, several times appeared and performed on local and national radio, and embarked on successful tours throughout the United States. ‘Dream’s and Imagination,’ ‘Surrounding Colors,’ and ‘Can You See Me Now,’ released between 2014 to 2019, all received great reviews and airplay throughout Europe and the United States, with all three releases spending six consecutive months on the Americana Music Association Record Chart.

In 2021, John released an acoustic CD titled ‘Second Chances.’ ‘Second Chances’ consists of fresh, acoustic arrangements of his favorite songs from previous releases, and was nominated for Album Of The Year by The Josie Awards and Blues And Roots Magazine. John has drawn comparisons to Elton John, Harry Chapin, and Van Morrison for his vocal abilities while his emotional story telling has been compared to the songwriting styles of Damien Rice and James Blunt. John is very excited to release his new concept EP, ‘We’ll Answer The Call,’ June 17th, 2022. This EP tells the story of Joe Rantz, the Washington Husky rowing team, and their epic bid to win gold in the 1936 Berlin Olympic Games. He is also very excited to get back into Roxie, his small RV, and tour the United States.