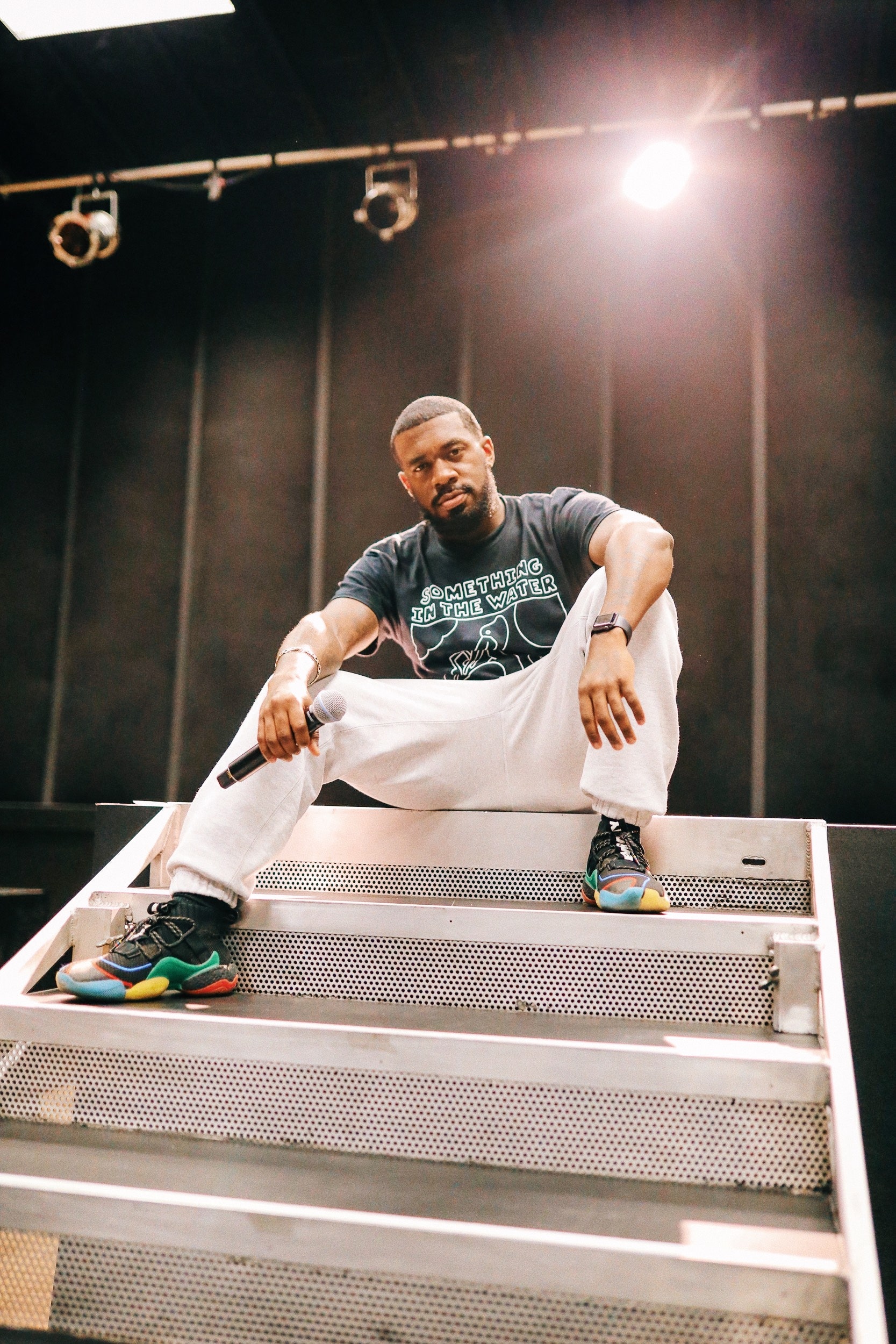 Having a diverse skill set allows Knight to pull off arresting moments like Megan’s American Music Awards set, which utilized video, dramatic transparent costumes, and a smoke-filled stage to set a mood. When he began working with the artist at the tail end of 2019, he was keen on taking her live performances to the next level. “It’s just teaching her stage etiquette, “ he explains. “The tools required for superstardom, to become a household name, and soar freely on and off the stage.” The dance was an essential element, one that required daily practices that began in the wee hours. “There has to be a commitment to the art form; it all starts with them,” Knight says of the line between a good and great performer. “Meghan is putting in the hours, she’s working hard, and this is all happening incredibly fast for her. Because she’s such a natural, it can look easy, but this is a first for her, and she’s learned so much about how to execute [a performance] on a high level.”

She may have gone from college student to hip hop superstar seemingly overnight, but when it came time to master the physically demanding choreography for “Body,” Megan was up to the challenge. A mix of NOLA bounce and stomp and shake styles, the routine ranks among Knight’s best—a version of it is featured in Megan’s music video for the song as well—and was a 180 from some of the star’s previous performances. “[Before] we saw one side of Megan with the twerking, and that’s kind of where people were starting to write her off,” says Knight. “My goal was to allow people to realize that she’s so much more than that.” Pushing into new territory wasn’t always easy. “There were some things that she was terrified of,” he says of the rig that descended from the ceiling in the show’s opening, and tackling new styles of dance. “To see her commit to the process and to doing whatever it takes to deliver that knockout, stellar performance was beautiful. She’s not playing—we put on a show like nothing we’d ever done before.”

With the #Bodyodychallenge already spreading on TikTok and Instagram, Knight’s work appears to be done, but there’s plenty more he’s eager to tackle soon—TV, film, music, it’s all on the table as long as it connects with his audience. “My biggest thing is creating formats that speak to people who love the arts,” he says. “The sky is the limit; in the last 12 years, I’ve been able to do so much, but I’m just getting started—this is the only the introduction, my opening number.”

Below, Knight shows Vogue a few behind-the-scenes moments from the rehearsals for last night’s performance.

“This takes place at the beginning of the first hook. Here we see the dancers strutting forward, off of the platforms.”

“This is at the beginning of the second hook and the move is inspired from New Orleans movement, The NOLA Bounce.”

“The group groovin’ and rockin’ during the second pocket of the second verse.”

“This is called the Stomp & Shake and it’s from HBCU (Historically Black College and University) culture.”

How To Keep Your Car’s Interior Spotlessly Clean 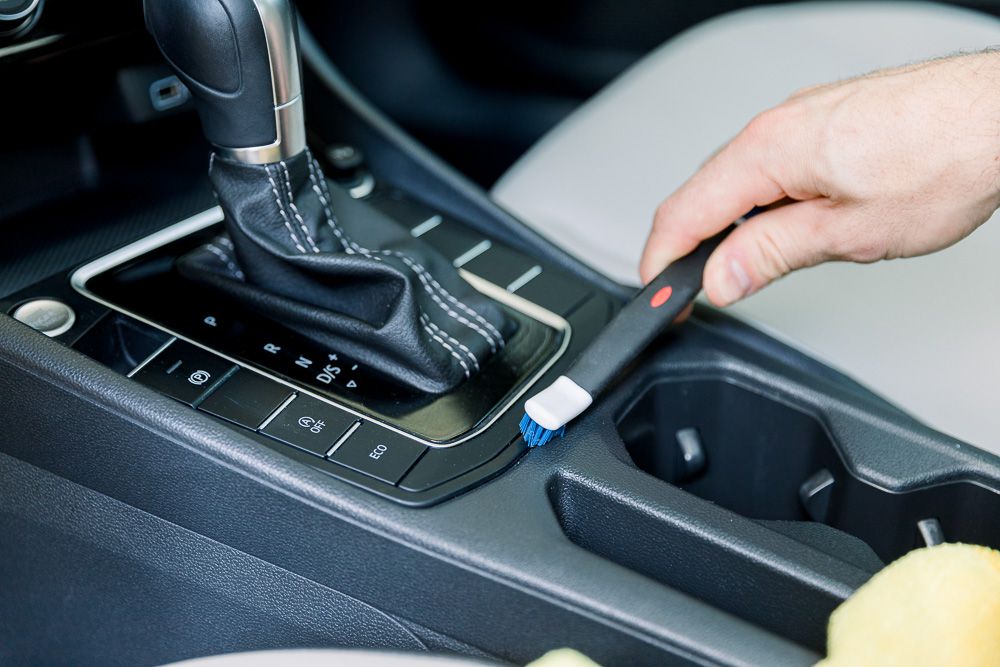 Most of us have a habit of taking our cars/vehicles to the carwash whenever it seems/feels dirty. Although the carwash might be efficient in cleaning your car’s exterior, it certainly doesn’t with your interior.   You can, however, take up the responsibility to keep your car clean by cleaning it every once in a while. Most people have a weekly cleaning routine for their homes and even their car’s exterior; why not do the same for the interior.

Under normal circumstances, your car is more likely to get dirty faster than your home. Aside from snacking and food particles falling all over the car, your dirty shoes will always soil the carpet and other parts under them. While vacuuming may help remove most of the dirt, it certainly doesn’t deep clean the carpets and seat undersides. The only way to keep it clean is to take your time to clean it as often as possible.

According to experts, you should clean your car at least once every month. Christian Newman, the owner of C&J Automotive Detailing, notes that those who have a habit of snacking while driving and dogs/pets in the car should clean the car every other week. There’s thus a good chance you aren’t cleaning your car enough. Below are a few simple tips and steps from Mr Car Mats to keeping your car clean and hygienic.

Although most of us will only vacuum the carpets, doing so pushes dirt and dust onto other parts, such as the seats, dashboard, and compartments. One way to prevent this is to vacuum every inch of the car’s interior. Start with the door panels, dashboard, and console, then finish with the carpets. Be sure to use a strong enough vacuum cleaner for the best results.

The door jamb is one of the most neglected areas in a car. While this may be the first part you will set your eyes on before getting in or out of the car, most people hardly vacuum or clean it. This could be because it requires a little more effort and attention. Nonetheless, use a cotton cloth or swab to polish the area mildly to remove any dirt trapped within. Consider oiling it to keep it moist too. Get more done with these tips.

The vinyl cleaner will come in handy in removing dirt from dusty or fingerprint-smudged dashboards and door insides. Start by wiping the dust off using a cotton cloth, then a microfiber cloth dabbed in the vinyl cleaner to wipe down any remaining dirt. Be sure to clean every part of the dashboard and the door, especially door pockets. Vacuum and declutter the door pockets first before doing this. Do not use the vinyl cleaner on the steering wheel.

Dirt and dust may collect on your windows too. You should be able to notice the dirt when rolling the windows down. Giving the windows a good clean and then wiping them with a microfiber cloth can help remove any remaining dirt. Be sure to wipe the mirrors and door handles as well.

9 Ways To Create The World’s Most Relaxing Bath 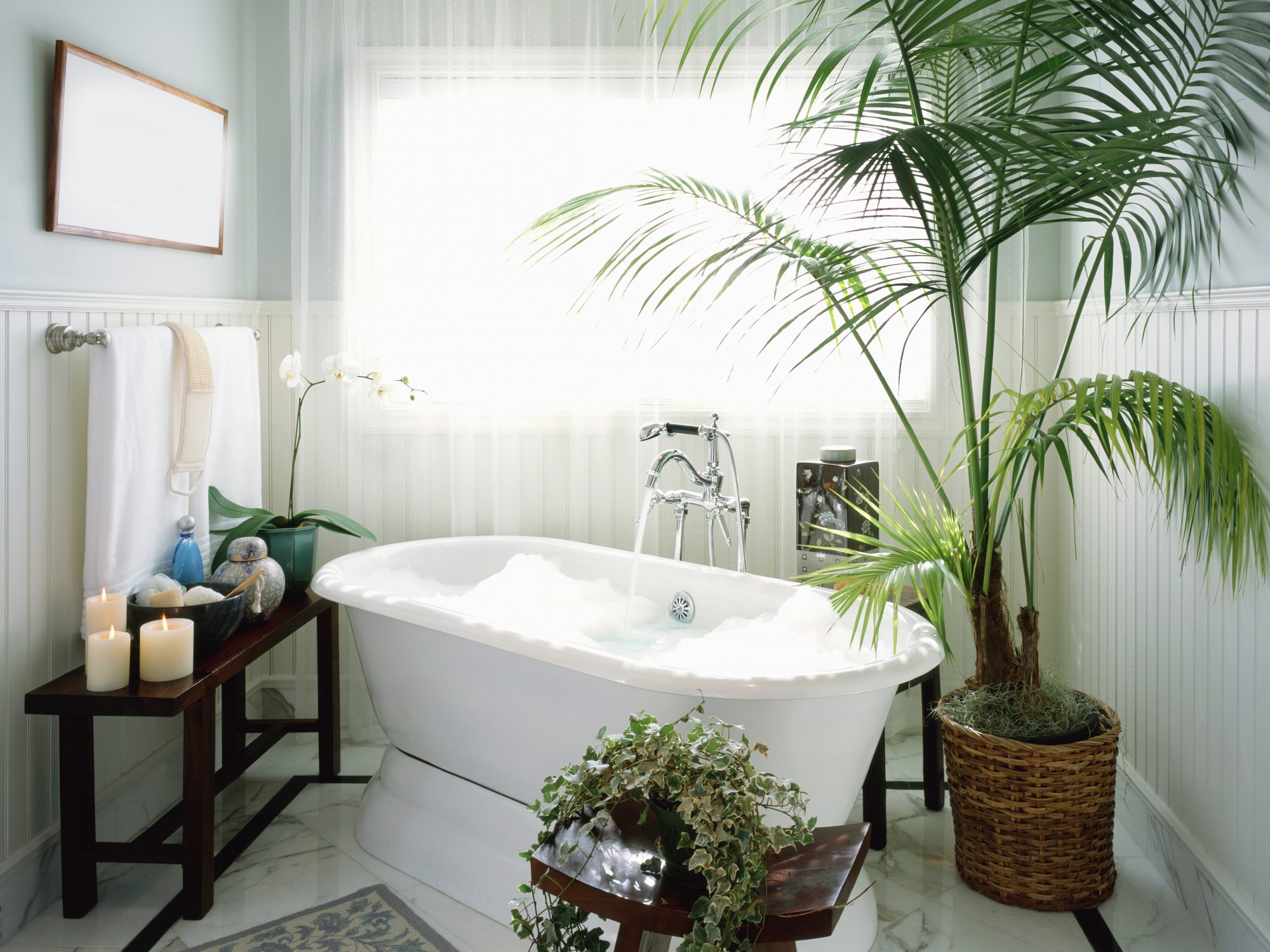 You’ve been busy all week, so what better way to energize yourself and recharge than by planning some Sunday me-time? It’s important to find a way to ease your stress and calm your worries, which is why a relaxing bath is just the cure! Turn your personal master bathroom into your own in-home spa with the following tips:

In order to make the most of your relaxing bath, you will need to compile all of the essentials such as scented candles, your favorite book, essential oils, and a block of luxurious bath soap. You can easily transform your bath water into swirling decadent honey by adding some Creme Brulee by Laura Mercier. For the ultimate relaxing experience try bath bombs from CBDSupplyUK.co.uk.

Give your bath an even more relaxing effect by dispensing some scented rose or lavender oils when your bath is half full. A great product I highly recommend trying is Nicolas Malleville’s Coqui Coqui which is an all-natural bathing oil that adds a touch of luxury.

It’s important to make sure your bath is neither too hot nor too cold. You want to relax, but using water that’s scalding will make you feel dizzy, which is the opposite of what we want to achieve.

There are some fantastic playlists readily available on Spotify to make your bath more relaxing. Try searching for terms such as calm, easy listening, or relaxing.

I personally prefer to sip chamomile or green tea, but bringing any kind of indulgent snack with you can help you unwind. For example, your favorite box of chocolate desserts and a good quality wine can help you blow off steam. Leave your snacks within reach, but don’t bring them too close to the tub where you may accidentally submerge them.

Nothing says spa-like tying up your long hair and letting yourself experience a moisturizing face mask. Personally, I highly recommend the masks by Glam Glow as they offer some high-quality products.

Plush absorbent towels are the way to pamper yourself when getting out of your bath! Consider leaving your towel on or near your heater to make it warm while you’re in the bath. It’s also a good idea to keep a terry cloth bathrobe nearby or your pajamas ready to go when you get out of the tub.

The point of this bath is to give yourself the adequate me-time that you deserve. Do something you love such as munching on chocolates, reading a book, flipping through your favorite magazine, or just calmly listening to music.

After you’re out of your bath, why not keep the relaxation going by taking a short nap? Keep playing relaxing music and lay down to enjoy whatever is left of your day. You may even wish to warm a towel in the microwave to keep wrapped around your neck for comfort.