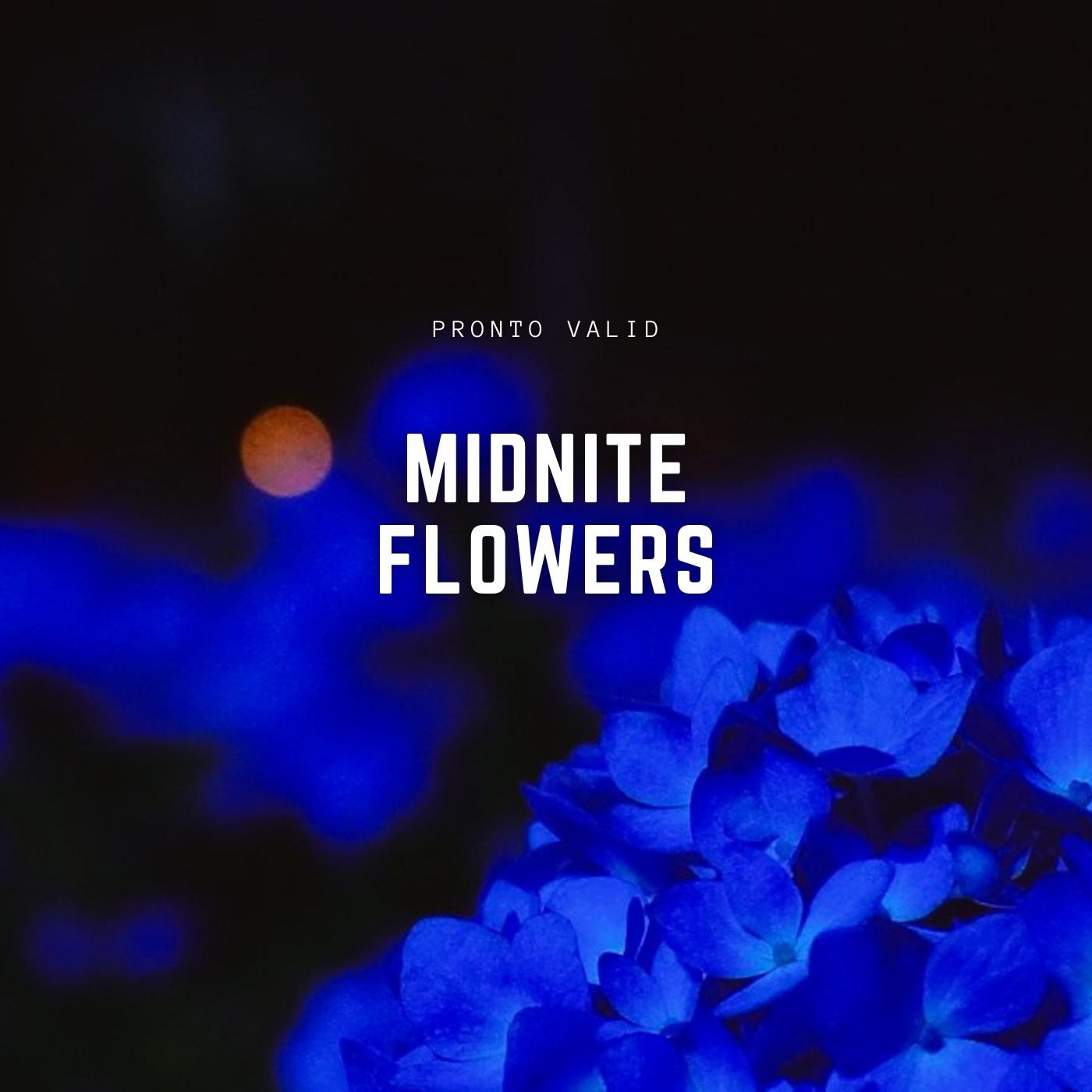 The Chicago native artist, Pronto Valid, has released his new summer-time EP titled, ‘MIDNITE FLOWERS.’ The project gives an introspective look into the artist and his current mental and emotional state. The raw and gritty lyricism on all four tracks present a first-person take on the reality of being an artist in a day and age where entertainers and their mental health are taken for granted.

On the opening song, ‘GOAT,’ Pronto speaks on his humble-yet-hungry mindset that pushes his efforts as a musician, while taking a deeper look into why he has this mindset. Lyrics like, ‘Soldier in my blood- in my DNA, I got some blood that’ll never be buried no matter the prices they willing to pay,’ speak to his Bosnian-American roots. His reference to ‘blood that will never be burried’ is about his family members who were killed or went missing during the Balkan Wars in the 90’s as a result of genocide. Despite all of the hate and fake love, what keeps him motivated is his willingness to push past it all and reach high levels of success for his family that never had a chance to live out their lives.

The third song of the project, ‘GET AWAY,’ introduces a much more calm and introspective feeling throughout the EP. On this track, he explains his introvertedness as a result of cutting off childhood peers whose personality traits were toxic to his creative process as an artist and mental health as an individual. With very direct lyricism, he states; ‘If I could paint a perfect picture it would change with every peak, every glance, every minute, hour, second as we speak, There’s someone looking at it now who’s just like you and can’t be pleased, Always giving your critiques, With the same old shit you talked about at seventeen, Ain’t did shit since seventeen.’

To contrast with his sharp lyrics, the artist employs a laid-back style of production that aims to give you the feeling of a late night during the Summer. The washed-out synths in the background of his song, ‘DIE YOUNG,’ and the flagship song of the project, ‘AFTER HOURS,’ give a perfect example of the vibe he aims for while providing a strong kick/bass combo that sonically anchor all of the other elements of the songs and brings the project together. 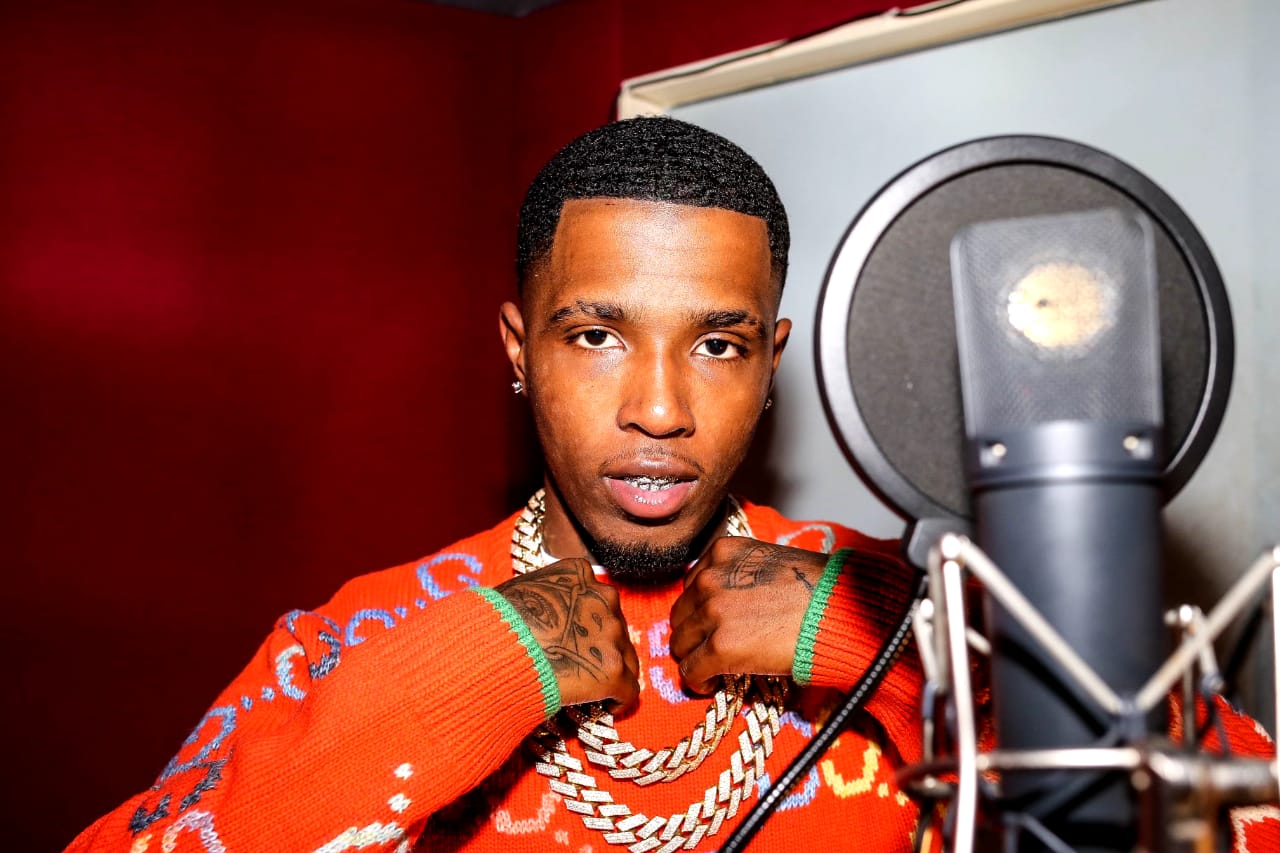 In collaboration with ombú productions and the Quebec Breast Cancer Foundation, Gallery Gora of Montreal welcomes on June 15th the Canadian pianist Minna Re Shin who will publicly present her most recent multidisciplinary project based on the four-movement work for piano solo by Canadian composer Alain Payette, Sonate Tableaux, which serves as the inspiration for the recording of a digital album and video.

Indulge in the live performance of this dynamic pianist and feel the intense passion and musical poetry that will come to life under her deft fingers. Enjoy the public presentation of the music video which has recently garnered recognition, honours, and distinctions on the international scene, including the Best Classical Music Video Award at the 5th Music Film Festival (Buenos Aires), the Jury Diamond Award for Best Short Music Video at the March 2022 edition of the Europe Film Festival U.K., and the Judge’s Choice Award for Music Video at the 2022 Winter session of the World Premiere Film Awards (Los Angeles). Marvel at the multidisciplinary collaboration among the Canadian female artists who have join forces for the first time in this creative interpretation coloured by the interplay of different art forms (music, painting, dance, and theatre).

With your presence, you will support the Quebec Breast Cancer Foundation in its continuous role in raising awareness and funding for cutting-edge research, groundbreaking innovation, and patient-support programs, and offering hope to breast cancer fighters, survivors, caregivers, and communities.

The digital album will be available online via CD Baby; please visit www.minnareshin.com/discography/ for updates and direct links to CD Baby for purchase.

Women: Source of Inspiration for the Project

Sonate Tableaux, featuring the musical performance by Minna Re Shin, embraces the theme of beauty, the dynamics of the female body and its movement quality, the empowerment of women, and their role in the art world. Through the prism of her solo piano performance, painter Natalija Jeremic, ballet dancer Catherine Toupin, and mime artist Laurence Castonguay Emery present their interpretations of the Canadian pianist’s rendition of the composer’s work, permitting other women’s voices to be heard through the different art forms featured in the original and multifaceted presentation. The visual musical rendition of the neo-romantic composition interweaves with the imaginative interplay of cinematic applications inspired by the music and the artwork associated with the four movements or “tableaux” of Payette’s piano œuvre.

Winner of numerous prizes in national and international competitions, the Montreal-born pianist of Asian heritage Minna Re Shin has graced the classical music stage with her virtuoso technique, mature artistry, stage personality, and rare sensitivity. This versatile artist has won enthusiasm for her performances of diverse repertoire, including new, lesser familiar works by lesser-known composers who are under-represented on the Canadian and world stage. Here at home and overseas, critics and audiences alike have raved about her performances as “intense,” “inspiring,” and “powerful.” In the words of the legendary Russian pianist Lazar Berman, “Minna Re Shin and her great talent.”

Since her solo début at the age of ten with the Orchestre symphonique de Montréal, this dynamic artist has performed in North America, Europe, Australia, and Asia and has received high praise as recitalist, as chamber pianist, and as soloist in concerts with major orchestras, such as the Orchestre symphonique de Montréal, the Montreal Chamber Orchestra, and the chamber orchestra I Musici de Montréal, and with distinguished conductors like Charles Dutoit, Marc David, and Jacques Lacombe. She has played in many concert series and festivals, including the prestigious International Haydn Festival in Eisenstadt where she made her Austrian début.

Minna Re Shin has also been lauded as a recording artist. Her début CD devoted to Haydn piano sonatas on the ombú productions label has been released to great critical acclaim. Le Journal de Montréal hailed her as a “great performer with great sensitivity and intelligence.” Following the success of this recording, Shin has embarked on a multi-recording project with ombú. Her second solo album, Images & Ballades, which features works by the Canadian composers Alain Payette and Jean Coulthard, was applauded by Paroles et Musique: “the pianist’s interpretation is impeccable; it was as if these two composers had lent her their pen.” Her most recent music album Sonate Tableaux celebrates the world premiere performance of this unknown work, and the complementary performance video marks her début as producer.

For a preview of the video Sonate Tableaux, please visitwww.minnareshin.com/video

To listen to the album Sonate Tableaux, please visitwww.minnareshin.com/media/sonate-tableaux