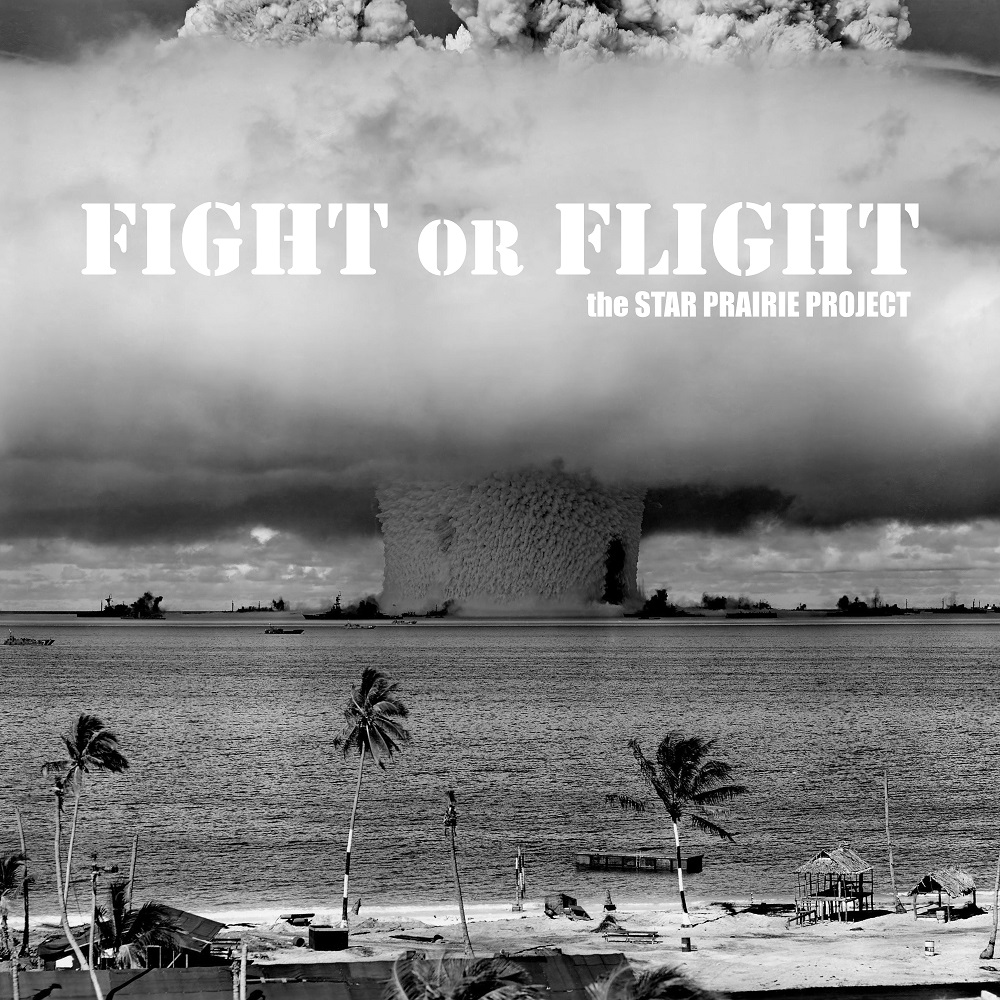 The Star Prairie Project’s new album Fight or Flight trumpets the fact that the world order as we know it is teetering and crumbling before our eyes. While too many remain oblivious to this fact, there’s no denying that the human civilization is facing its gravest challenges since World War II. To make matters worse, these challenges are hitting us from all possible directions. As if we weren’t busy enough dealing with the accelerating climate change, environmental degradation, flora and fauna extinction, we’re also batting political and social discord unforeseen in many western nations … until recently. As the prices of consumer goods and gas are soaring due to the war in Ukraine, the poor become poorer and the rich become richer. It’s unintentional but we’re creating a fertile recruiting ground for street gangs and organized crime – the riot squads have never been busier.

Nolen R. Chew Jr., whose brainchild The Star Prairie Project is, describes the new twelve-song concept album like this:

The idea behind the ‘Fight or Flight’ album was to capture the chaos, confusion and anxiety of the current times. We attempted to make it powerful and intense from the first note to the last and invite the listener to strap in for a wild, bumpy and tumultuous ride. Regardless of the name of the album, the message really is: fight. The earth, or our existence, is not like a sinking ship. We can’t abandon it. If it goes down, we’ll go down with it. The orbit has no lifeboats. Our survival depends now on our response and the response has to be imminent.

The group-leader and songwriter Nolen collaborates with musicians and producers from LA to London to bring his songs to life. In addition to his contributions, Fight or Flight features the dynamic vocals of Marcello Vieira and Sandrine Orsini and the incredible guitar work of Ricardo Dikk.

A & R Factory called the group’s previous release a “triumph”. I am confident that you feel the same way about this new album. But don’t be swept away by the beauty of the music alone, take heed of what the album is declaring: looking the other way is no longer an option.